Common Mistakes Made During Ramadan

Most Muslims who fast Ramadan focus on the benefits and rewards of it. But in doing so, we often make mistakes that instead of adding to our experience actually detract from it. Mistakes that can make us commercialize Ramadan as so many other religions have commercialized their sacred days. Insh’Allah the following serves as a reminder to myself first and to all Muslims. May Allah help us to spend our time wisely this Ramadan and help us to avoid these mistakes. ameen

Taking Ramadaan as a ritual

For many of us Ramadaan has lost its spirituality and has become more of a ritual than a form of Ibaadah. We fast from morning to night like a zombie just because everyone around us is fasting too. We forget that its a time to purify our hearts and our souls from all evil….we forget to make dua, forget to beseech Allaah to forgive us and ask Him to save us from the Fire. Sure we stay away from food and drink but that’s about all.

Too much stress on food and drink

For some people, the entire month of Ramadaan revolves around food. They spend the ENTIRE day planning, cooking, shopping and thinking about only food, instead of concentrating on Salaah, Quraan and other acts of worship. All they can think of is FOOD. So much so that they turn the month of ‘fasting’ into the month of ‘feasting’. Come Iftaar time, their table is a sight to see, with the multitudes and varieties of food, sweets and drinks. They are missing the very purpose of fasting, and thus, increase in their greed and desires instead of learning to control them. It is also a kind of waste & extravagance.

Some of the sisters (either by their own choice or forced by their husbands) are cooking ALL day and ALL night, so that by the end of the day, they are too tired to even pray Ishaa, let alone pray Taraweeh or Tahajjud or even read Quraan. This is the month of mercy and forgiveness. So turn off that stove and turn on your Imaan!

Some people stuff themselves at Suhoor until they are ready to burst, because they think this is the way to not feel hungry during the day and some people eat at Iftaar, like there is no tomorrow, trying to ‘make up for the food missed.’ However, this is completely against the Sunnah. Moderation is the key to everything.

The Prophet (Sal Allaahu Alaiyhi wa Sallam) said: “The son of Adam does not fill any vessel worse than his stomach; for the son of Adam a few mouthfuls are sufficient to keep his back straight. If you must fill it, then one-third for food, one-third for drink and one-third for air.” (Tirmidhi, Ibn Maajah. saheeh by al-Albaani).

Too much food distracts a person from many deeds of obedience and worship, makes him lazy and also makes the heart heedless.
It was said to Imam Ahmad: Does a man find any softness and humility in his heart when he is full? He said, I do not think so.

Some people spend their entire day (or a major part of it) ’sleeping away their fast’. Is this what is really required of us during this noble month? These people also are missing the purpose of fasting and are slaves to their desires of comfort and ease. They cannot ‘bear’ to be awake and face a little hunger or exert a little self-control. For a fasting person to spend most of the day asleep is nothing but, negligence on his part.

The month of Ramadaan is a precious, precious time, so much so that Allaah calls this month “Ayyamum Ma’doodaat” (A fixed number of days). Before we know it, this month of mercy and forgiveness will be over. We should try and spend every moment possible in the worship of Allaah so that we can make the most of this blessing. However, there are some of us who waste away their day playing video games, or worse still, watching TV, movies or even listening to music. Subhaan Allaah! Trying to obey Allaah by DISOBEYING him!

Fasting but not giving up evil

The Prophet (Sal Allaahu Alaiyhi wa Sallam) said: “Whoever does not give up false speech and acting upon it, and ignorance, Allaah has no need of him giving up his food and drink.” (Bukhaari)

Smoking is forbidden in Islam whether during Ramadaan or outside of it, as it is one of al-Khabaa’ith (evil things). And this includes ALL kinds of ’smoking material’ eg.cigars, cigarettes, pipes,’Sheesha’ , hookah etc.
“he allows them as lawful At Tayyibaat (all good and lawful things), and prohibits them as unlawful Al Khabaa’ith (all evil and unlawful things) [al-A'raaf :157]

It is harmful, not only to the one smoking, but also to the ones around him. It is also a means of wasting ones wealth. The Prophet (Sal Allaahu Alaiyhi wa Sallam) said: “There should be no harming or reciprocating harm.”
This is especially true during fasting and it invalidates the fast. (Fatwa -Ibn ‘Uthaymeen)

Some people stop eating Suhoor 10-15 minutes earlier than the time of Fajr to observe ‘Imsaak’.
Shaykh Ibn ‘Uthaymeen said: This is a kind of bidah (innovation) which has no basis in the Sunnah. Rather the Sunnah is to do the opposite. Allaah allows us to eat until dawn: “and eat and drink until the white thread (light) of dawn appears to you distinct from the black thread (darkness of night)” [al-Baqarah 2:187]

And the Prophet (pbuh) said: “….eat and drink until you hear the adhaan of Ibn Umm Maktoom, for he does not give the adhaan until dawn comes.”

Not fasting if they missed Suhoor

Some people are too scared to fast if they miss Suhoor. However, this is a kind of cowardice and love of ease. What is the big deal if you missed a few morsels of food? It’s not like you will die. Remember, obedience to Allaah overcomes everything.

The intention is an action of the heart. We should resolve in our heart that we are going to fast tomorrow. That is all we need. It is not prescribed by the Shari’ah for us to say out loud, “I intend to fast”, “I will fast tomorrow” or other phrases that have been innovated by some people. Also, there is no specific dua to be recited at the time of starting the fast in the correct Sunnah. Whatever ‘dua’ you may see on some papers or Ramadaan calendars, etc. is a Bid’ah.

Some people wait until the adhaan finishes or even several minutes after that, just to be ‘on the safe side’. However, the Sunnah is to hasten to break the fast, which means breaking fast whenever the adhaan starts, right after the sun has set. Aa’ishah (RA) said: This is what the Messenger of Allaah (Sal Allaahu Alaiyhi wa Sallam) used to do. (Muslim)

The Prophet (Sal Allaahu Alaiyhi wa Sallam) said: “The people will continue to do well so long as they hasten to break the fast.” (Bukhaari, Muslim)

Determine to the best of your ability, the accuracy of your clock, calendar, etc. and then have tawakkul on Allaah and break your fast exactly on time.

Eating continuously until the time for Maghrib is up

Some people put so much food in their plates when breaking their fast and continue eating, enjoying dessert, drinking tea, etc., until they miss Maghrib. That is obviously not right. The Sunnah of the Prophet (pbuh) was that once he broke his fast with some dates, them he would hasten to the prayer. Once you are done with the prayer, you can always go back and eat some more if you wish.

Missing the golden chance of having your Dua accepted

Instead of sitting down and making Dua at this precious time, some people forego this beautiful chance, and are too busy frying samosas, talking, setting the food, filling their plates and glasses, etc. Think about it….Is food more important than the chance to have your sins forgiven or the fulfillment of your Duas.

Fasting but not praying

The fasting of one who does not pray WILL NOT BE ACCEPTED. This is because not praying constitutes kufr as the Prophet (Sal Allaahu Alaiyhi wa Sallam) said: “Between a man and shirk and kufr there stands his giving up prayer.” (Muslim)

Fasting and not wearing Hijaab

Not wearing the Hijaab is a major sin as it is obligatory for Muslim women. (See Surah Nur, Surah Ahzaab). So fasting and not wearing hijaab certainly takes away enormously from the rewards of fasting, even if does not invalidate it.

Not fasting because of exams or work

Exams or work is NOT one of the excuses allowed by the Shariah to not fast. You can do your studying and revision at night if it is too hard to do that during the day. Also remember that pleasing and obeying Allaah is much more important than ‘good grades’. Besides, if you will fulfil your obligation to fast, even if you have to study, Allaah will make it easy for you and help you in everything you do.
“Whosoever fears Allah, He will appoint for him a way out and provide for him from where he does not expect, Allah is Sufficient for whosoever puts his trust in Him.” (Surah at-Talaaq 2-3)

DO NOT make the mistake of fasting with the intention to diet. That is one of the biggest mistakes some of us make (esp. sisters). Fasting is an act of worship and can only be for the sake of Allah alone. Otherwise, mixing it with the intention of dieting may become a form of (minor) Shirk.

Fighting over the number of Rakaah of Taraweeh

There is no specific number of rak’ahs for Taraweeh prayer, rather it is permissible to do a little or a lot. Both 8 and 20 are okay. Shaykh Ibn ‘Uthaymeen said: “No one should be denounced for praying eleven or twenty-three (raka’ah), because the matter is broader in scope than that, praise be to Allaah.”

Praying ONLY on the night of the 27th

Some people pray ONLY on the 27th to seek Lailat ul-Qadr, neglecting all other odd nights, although the Prophet (Sal Allaahu Alaiyhi wa Sallam) said: “Seek Lailat ul-Qadr among the odd numbered nights of the last ten nights of Ramadaan.” (Bukhaari, Muslim).

Wasting the last part of Ramadaan preparing for Eid

Some people waste the entire last 10 days of Ramadaan preparing for Eid, shopping and frequenting malls, etc. neglecting Ibadah and Lailatul Qadr. although, the Prophet (Sal Allaahu Alaiyhi wa Sallam) used to strive the hardest during the last ten days of Ramadaan in worship (Ahmad, Muslim) and not in shopping. Buy whatever you need for Eid before Ramadaan so that you can utilize the time in Ramadaan to the max.
Aa’ishah (RA) said: “When the (last) ten nights began, the Messenger of Allaah (Sal Allaahu Alaiyhi wa Sallam)) would tighten his waist-wrapper (i.e., strive hard in worship or refrain from intimacy with his wives), stay awake at night and wake his family.” (Bukhaari and Muslim).

Although inviting each other for breaking fast is something good and encouraged, some people go to extremes with lavish ‘Iftaar parties’ with all sorts of disobedience to Allaah, from flirting, mixing of the sexes and hijaab-less women, to show-off and extravagance, to heedlessness to Salaah, and Taraweeh to even music and dancing.

It's not too late to rectify ones mistake and do good for the sake of Allah. [15:49] Inform My servants that I am the Forgiver, Most Merciful.

*May Allah reward whomever wrote this article with the best in this world and the Hereafter.ameen.

Email ThisBlogThis!Share to TwitterShare to FacebookShare to Pinterest
Labels: Puasa 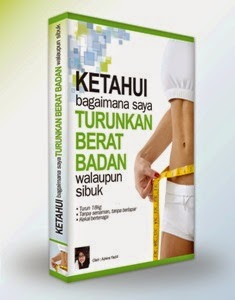